Here is a spot to discuss and pay tribute to classic celebrities that have recently passed away.

(Since it's a new year and the old "RIP" topic has 40 pages, I figured it's about time we got a new space. The only rule is to keep everything respectful!)

Hey Beatlebob! Hopefully the weather has calmed down at least somewhat in your area? I'm glad the summer time is finally here for me!

Now it's warm enough outside for me to take walks, which is what my therapist recommended I start doing right before she left, because walking releases endorphins which help lift moods. I've been going through severe depression lately, which is also part of the reason why I'm rarely online. I know, right? Those young interns are never any help! Unfortunately I've had my fair share of those too! Let's hope our next therapists will be good people, although they can never fully replace our old ones who are mature, experienced, caring and professional!! It will be difficult starting from scratch but what can we do?? We have no choice!

I see you know who Bobby Diamond is. RIP to him and Rory Erickson of the 13th Floor Elevators, who just passed away at age 71. I always liked their song "You're Gonna Miss Me".

Aww! Thanks for understanding! You will ALWAYS be my special friend FOREVER!!! :-)
Our friendship will outlast any website!! I'm relieved you know my e-mail address because who knows what will happen to this site and the Beatles one next year?? It's a new decade and the whole Ning network might shut down. It's not just this site but the whole Internet in general I will be quitting, except for checking my email sometimes.
I'm just not interested in social media anymore. I won't have much time to be online anyway because I'll be juggling a new career and I'm busy dealing with my depression & anxiety problems. I was also recently told that I am obsese, which got me so worried about my health. My father got Diabetes Type 1 in his early 30s which is around my age and I fear I'm headed down the same road. So I'm starting on a diet and exercise routine right away before it's too late! Sorry to ramble on a bit but just wanted to let you know all the crazy crap that's been going on in my life at the moment. Rarely do I have a regular day anymore without any problems! I see you're the same way. We should be used to the crazy life by now. LOL!!
Thank you for always being there for me! Sometimes talking to you is even better than talking to any therapist! Have a fab month of June! :-)

Hey Sadie! Thanks! Yes, the weather has calmed down here for me too. Except for the occasional lightning storm and some rain. I'm Glad the summer time is finally here for me too! :-) Glad it's warm enough for you there outside to be able to take walks. The same for here too. I see your therapist recommended that you start taking walks right before she left, because walking releases endorphins which help lift moods. Yes, my Doctor told me to do the same. I'm So Sorry that you've been going through severe depression lately!!! :-( Which is also part of the reason why you're rarely online! Really!! Going through a severe depression makes you not in the mood to do the things you normally want to do!! I've been going through a lot of anxiety lately. I Hope We Both start Felling Better!! Yes! Those young interns we talked about are never any help!!! And I see unfortunately you've had your fair share of those too!! :-( Thanks!! I Surely Hope both of our next therapists will be good people!!! I agree, they can never fully replace our old ones who are mature, experienced, caring and professional!! :-( But Hopefully we will wind up with ones who are as close as can be to our old ones!!! I know it will be difficult starting from scratch, but what can we do? :-( We have no choice!!! Let's just Hope for the Best!!!!

I had my three month appointment on Wednesday with my Urologist. Another painful experience. But, it wasn't too bad this time!! I see him again in three months.

Yes, I do remember who Bobby Diamond is!! Sorry to hear about Roky Erickson of the 13th Floor Elevators, who just passed away at age 71. RIP to Bobby Diamond and Roky Erickson.
Thanks for sharing the Video of "You're Gonna Miss Me"!!! I Liked that song too!!

"Roger Kynard "Roky" Erickson was an American musician and singer-songwriter. He was a founding member of the 13th Floor Elevators and a pioneer of the psychedelic rock genre. July 15, 1947 – May 31, 2019)
Erickson co-founded the 13th Floor Elevators in late 1965, aged 18. The band released their debut album The Psychedelic Sounds of the 13th Floor Elevators in 1966. It contained the band's only charting single, Erickson's "You're Gonna Miss Me". A stinging breakup song, the single remains probably Erickson's best-known work: it was a major hit on local charts in the U.S. southwest and appeared at lower positions on national singles charts as well. Critic Mark Deming writes that "If Roky Erickson had vanished from the face of the earth after The 13th Floor Elevators released their epochal debut single, "You're Gonna Miss Me", in early 1966, in all likelihood he'd still be regarded as a legend among garage rock fanatics for his primal vocal wailing and feral harmonica work."

I was also sorry to hear about Dr. John's passing!! Malcolm John Rebennack (November 20, 1941 – June 6, 2019), better known by his stage name Dr. John, was an American singer and songwriter. His music combined blues, pop, jazz, boogie-woogie and rock and roll. Best known songs: Right Place Wrong Time, and Such a Night. And some more! I seen him with my cousin in concert at the Filmore East when I was 17. It was during the Dr. John the Night Tripper tour. RIP Dr. John aka Malcolm John Rebennack

From "The Last Waltz" Dr. John - Such a Night and Dr. John - Right Place Wrong Time

You're So Welcome for Understanding!!! Aww! YOU will ALWAYS be my special friend FOREVER Too!!!! :-) Yes!! Our friendship will outlast any website for Sure!!! :-) I'm also relieved you know my e-mail address too!!! I agree! Who knows what will happen to This Site and the Beatles one next year?? Yeah, it will be a new decade and the whole Ning network might shut down?? And I see that it's not just this site but the whole Internet in general that you will be quitting, except for checking your email sometimes. And also, you're just not interested in social media anymore. You just won't have much time to be online anyway, because you'll be juggling a new career and will be busy dealing with your depression & anxiety problems!! I Understand, My Friend!!!

I see you were also recently told that you are obese, which got you so worried about your health!! :-( Your Father got Diabetes Type 1 in his early 30's which is around your age! So you fear you're headed down the same road!! :-( I'm Glad to hear you'll be starting on a diet and exercise routine right away, before it's too late!!! The BEST Thing to do My Friend!!!!! I Understand Why you're worried!!! Have to take care of your Health!!! Don't be sorry to ramble on a bit about This!!! Thanks for letting me know!!! I Hope you'll be on your way to Better Health, My Friend!!! I appreciate that you wanted to let me know about ALL the Crazy Crap that's been going on in your life at the moment!!! So Sorry to hear it!!! But, Glad you'll be doing something about your health!!! YES!! I'm the Same Way. We Both rarely have a regular day anymore without any problems!!! :-( Really!!! WE SHOULD be used to the crazy life by Now!!! LOL!!!! Unfortunately it's hard to get used to it!! HANG IN THERE MY FRIEND!!!!

I want to Thank You Too for Always being there for me!!! I AGREE!!! Sometimes talking to you too,is even better than talking to any therapist!!! I'm Glad we had a chance to catch up!!! I Hope things will start getting Better for Both of Us!!! 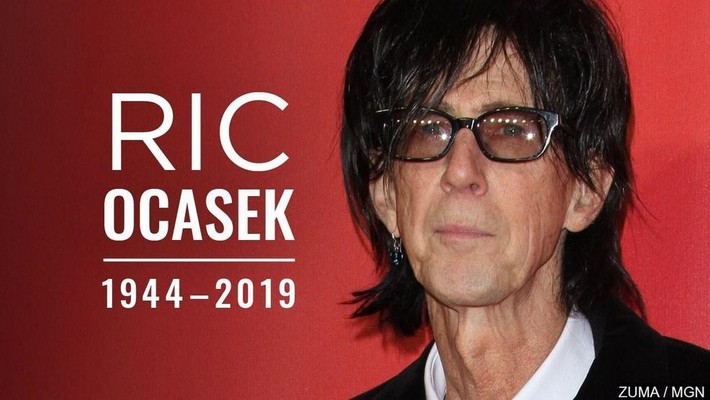 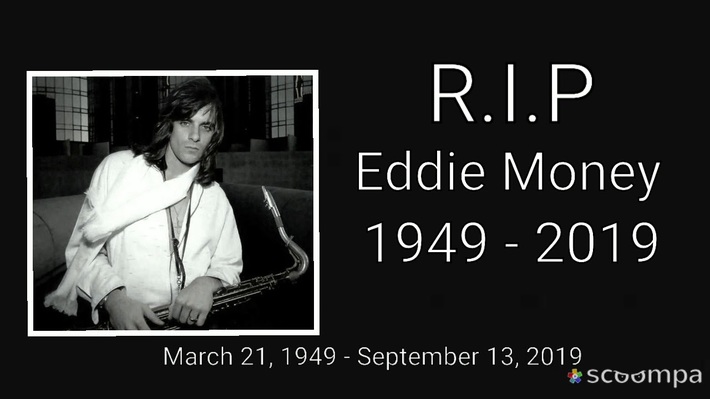 OMG! Sad news! RIP to two rock legends! Beatlebob, I haven't heard from you since June! WOW!!!! Too long! Hope everything is alright! Happy Halloween! :-) 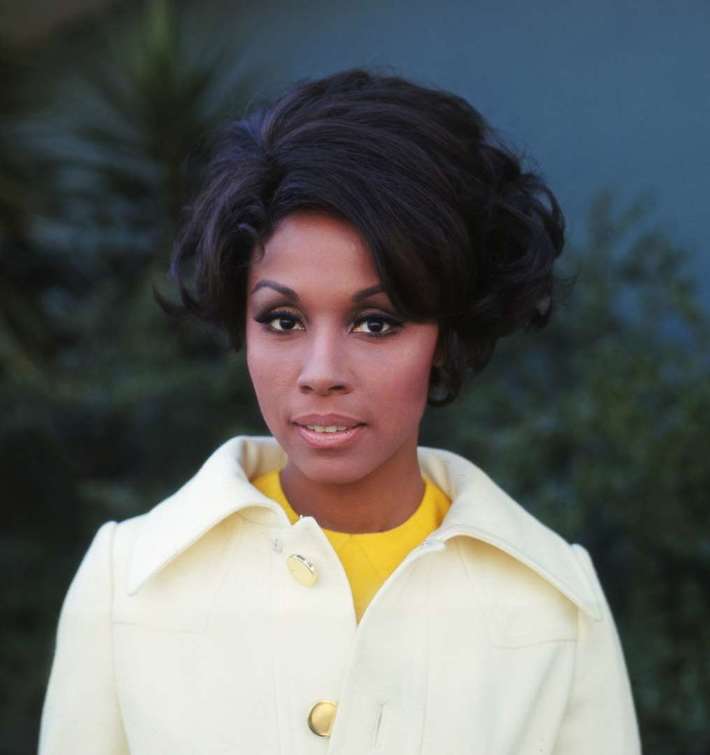 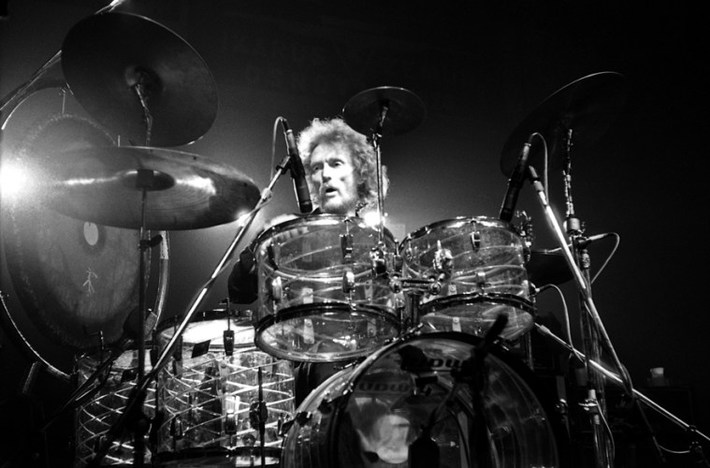 RIP Ginger Baker, drummer of the band Cream, has died at age 80 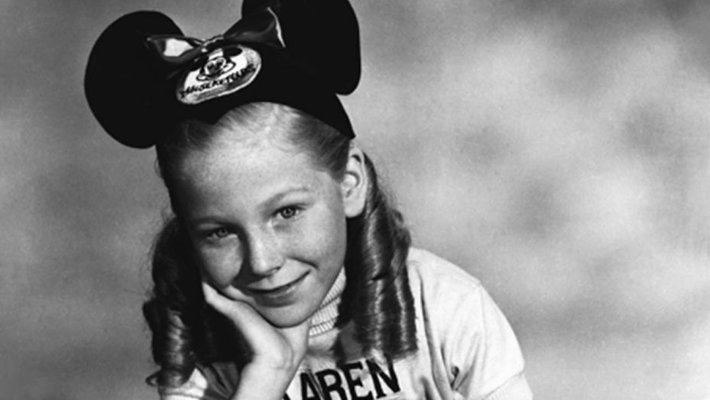 So much sad news lately. RIP to everyone! Beatlebob I miss you!

Hey Sadie!! I'm hardly online at all these days. Haven't been online in quite a while. Today I had to order some stuff that my Mother needs. They ran out of the stuff at the drugstore. And I noticed in my email inbox that you were on This Site a few times recently. So, I wanted to stop by!!!

YES!! Very Sad News about the passing of these 3 Rock Legends!!! And Diahann Carroll and Karen Pendleton from the Mickey Mouse Club too!!! RIP to ALL of them!! :-( Yes! So Much sad news lately!!

It's Great that we caught up again!!! Every month it's been Doctor visits mainly for my Mother!! And I've been taking care of Everything around here in between the Doctors. My Mother is in Very Bad shape. Her Short Term Memory is SHOT!!!!! I've been a nervous wreck with worry!! I don't know what is going to happen with her, if she gets worse?? That's why I haven't been online!

I Hope You are Doing Alright!!! And I Hope your Parents are doing Alright too!!!

Thanks for posting the Pictures here. Sad Though!!

I don't know when I'll be back Here? More Doctor visits this week! I'm Finally seeing the Eye Doctor on October 23. My Eyes have gotten worse!

I Wish You ALL THE BEST!!!!! I Hope we can catch up again sometime soon!!!

It was Great to catch up with you My Friend!!!!!